Self-reflections are about systematically asking yourself thought-provoking questions to develop a deeper level of understanding yourself (thoughts, feelings, visions, goals etc.) and your environment (relationships, trends, opportunities etc.). When I

Self-reflections are about systematically asking yourself thought-provoking questions to develop a deeper level of understanding yourself (thoughts, feelings, visions, goals etc.) and your environment (relationships, trends, opportunities etc.).
When I look back at the past year, the most important and significant event is also the hardest to write about. Because it's deeply personal. But my environment strongly encouraged me to write and share my experiences. Not only to provide myself with a creative writing medium, but also in hope to help others in similar situations.

In my career I've had the privilege to come across truly inspiring persons. Some of them I've come to know really well. Others were mere passengers in this thing we, or I, call life.
But, even though they all have different things I really admire -be it in their personality, ambitions, or simply who they are and represent- they all have one thing in common. They are not good in dealing with idleness. With taking the time to do absolutely nothing at all.

And, with this post, I would like to write about my experiences with that concept in particular. Being able, allowing yourself, to do nothing at all.

I don't expect many of you to know Bertrand Russel, or his essay of which I "borrowed" the name to write this post. He was a modern time philosopher who lived in the times of the Vietnam war. He was a socialist and a pacifist; a logician, essayist and social critic best known for his work in mathematical logic and analytic philosophy. Russell was awarded the Order of Merit in 1949 and the Nobel Prize for Literature in 1950. His works continue to be great sources of inspiration to my worldly views and beliefs.

But, that's all I borrowed, the name. And -if I'm completely honest- maybe some concepts. But this is not a post supporting Marxist, socialist or pacifist ideas. This is a post about my experiences about learning to be okay with doing nothing at all. And that's all ;).

In my early childhood I have been diagnosed with a severe form of insomnia, which seemed untreatable throughout my life. So I learned to cope with it on my own, not letting it get in the way of my ambitions or my personal goals.
Yet, at the beginning of 2017 I came upon an opportunity to cut myself loose from this terrible weight that held me back all these years. So I decided to take a sabbatical of my programming life, my professional and personal responsibilities; and focus on getting mentally better.

Perhaps in another post I'll talk more about some of the things that happened during my treatment and my life in 2017. If you're interested that is (say so in the comments). But for this post, I leave you with this. Mental health issues are not a character flaw or a moral failing. It's an illness. It can be treated. 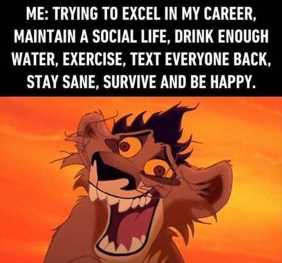 I'll never forget the first day in the hospital where I was to receive my treatment. I had just spent 2 months transferring my professional responsibilities to a number of persons in the company, finishing things up with my main client, had just ran the Antwerp ten miles, tying up all loose ends; to put it in words, I was in a very active mental state.

When I arrived at the place where I was to receive treatment, I was given a small tour that ended at a chair in a common room shared with the other patients being treated there. "Now what?", I asked. "Now you sit" was the response. And believe it or not, that was how I spent my first day. Sitting, doing nothing, being Idle. Which, for me, was a complete horror. I was not used to that, I was a hard worker, with lots of responsibilities. Just sitting on a chair, for a whole day, seemed -insane.

But, in this idleness I guess I found a wisdom of sorts. When we dance, the dancing itself is the point, as when we play music the playing itself is the point. And exactly the same thing is true in allowing yourself to be idle. You could say that in life, living itself is the point.
We essentially come to this strange realization that life more than once feels like this big journey, but in reality is much more like a dance. And it is only by stopping this journey, the urge to do things or go places, that we can experience life fully and profoundly.

All this is best understood by analogy with music, because music, as an art form, is essentially playful. We say you play the piano, you don't work the piano. Why?
Music differs from, say, travel. When you travel you're trying to get somewhere. And, of course, we, being a very compulsive and purposive culture, are busy getting everywhere faster and faster until we eliminate the distance between places...
What happens as a result of that is the two ends of your journey became the same place. You eliminate the distance, you eliminate the journey. The fun of the journey is travel, not to obliterate travel.
So then, in music, one doesn't make the end of a composition the point of the composition. If so, the best conductors would be those who played fastest and there would be composers who only wrote finales. People would go to a concert just to hear one crackling chord because that's the end!
-Alan Watts "The Book: On the Taboo Against Knowing Who You Are"

One of the biggest paradoxes in meditation -one that until now I really never fully understood- is that in meditation, you can't really have a purpose. Yet, sitting in meditation, that's a purpose. The real meaning of Zazen, is just sitting. Yes, you've got the meditation pose, like the lotus posture and sitting upright, which are all important. But once you are meditating, or trying to, you are doing it wrong.
You have to allow yourself to just sit, be grateful to just sit, and do or expect nothing more. Sure, there are a lot of "tricks" you use whilst sitting, like focusing on your breath and so on, but in the end you simply have to sit. And let things come as they come, and let things leave as they leave. Which -don't get me wrong- is not easy. Not in the least.

But, this is not a post about meditation. It is a post on praising doing nothing at all. And I can now honestly say that I can really praise it, be grateful for it, and even recommend it.

In our western culture we are not good at just sitting. You could even say that taking the time to do nothing at all is even a bit frowned upon. In an age where the Internet has taken an enormous role in our lives, in the age of Netflix and binge-watching, we tend to always be busy. Always working, or exercising, cooking, watching, listening, doing.

We are a human doing,
a human moving, a human seeing.
Because we have never taken the time.
To simply be a human being.

We simply don't feel that we have time to simply be.
Yet reflection, and everything that comes with it, can only happen once we stop. Once we allow ourselves to stop; to be in a room in silence, and just sit; with our emotions, thoughts and sensations; however they may represent themselves. Can you do it? Can you, after reading this post, force yourself to sit in stillness for just ten minutes? Why Not?
And yet, in my opinion, this is ever so vital. If you can't stand to be in the same room with yourself, how can you expect anyone else to be so?

Reading, expanding your knowledge in any direction, is vital. To defend ourselves from this bombardment of mass media and mass manipulation reaching us through television and the Internet -and fight against assimilating this dullness into our thought processes- we must learn to read. To stimulate our own imagination, to cultivate our own consciousness, our own belief systems. We all need skills to defend, to preserve, our own minds.

Stop the glorification of busy

Yes, this is coming from my mouth. He who is an MVP at age of 30, a Competence Manager, a person who is involved with numerous non-profits.. If you idealize being busy, all of the time, life will surpass you by. Can you allow yourself not to take life for granted? To allow yourself to stop at a blossoming tree and take in the sheer beauty of it? If you're constantly racing from one point to the next, how can you?

Take the time to simply be. Listen to music. Draw. Color. Enjoy nature. Read!!! Do anything that does not have a digital component. Truly engage in any human activity. Just be. And if you can't, much like I couldn't, ask yourself why.

I'll end this post with a quote from Henry David Thoreau, another one of my favorite philosophers:

I went to the woods because I wished to live deliberately, to front only the essential facts of life, and see if I could not learn what it had to teach, and not, when I came to die, discover that I had not lived.
I did not wish to live what was not life, living is so dear; nor did I wish to practice resignation, unless it was quite necessary.
I wanted to live deep and suck out all the marrow of life, to live so sturdily and Spartan-like as to put to rout all that was not life, to cut a broad swath and shave close, to drive life into a corner, and reduce it to its lowest terms...
-Henry David Thoreau 'Walden'

A word of thanks

I would like to thank Judith Eulaers and Wim Offeciers for taking time and time again to review my non-technical posts. The effort and expertise that they contribute is much appreciated, every time!

Getting ASP.NET Core and angular-cli to play nice together